Four Gold, three Silver and one Bronze – this is the impressive result of the Bertelsmann Printing Group USA at the 2017 FSEA Gold Leaf Awards. The awards recognize creative excellence in the design and execution of printed specialty effects, foil stamping, embossing, die cutting, UV and specialty coatings and laminations. They are presented by the Foil and Specialty Effects Association (FSEA). 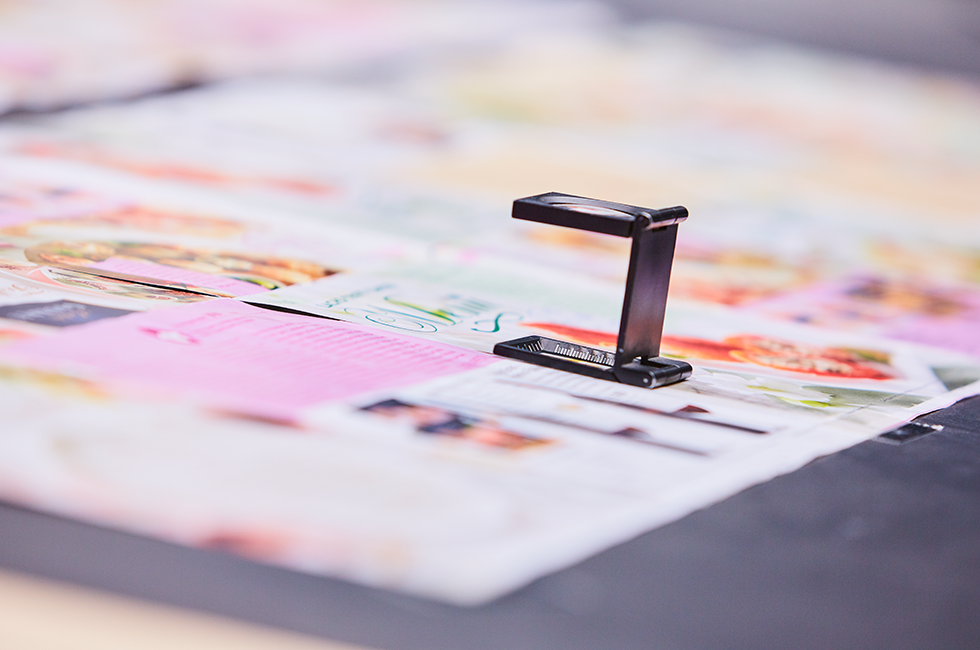 Among the award-winning products from the Bertelsmann Printing Group, the POS display the team produced for a holiday campaign of the New Jersey Lottery especially stood out: the nutcracker figure not only won a Gold Leaf Award for “Most Creative Use of Foil and Embossing – Miscellaneous” but was also the star of the FSEA’s Road Trip Social Media Campaign on the way to the Chicago convention.

The RCA Records soundtrack for “Trolls” won Silver for the “Creative Use of Special Diecut” on an elaborate Academy Award Edition Record Jacket that featured a pinwheel in the design. In the “Best Use of Foil and Embossing – Book Cover or Jacket”, the two-piece “Horizon” jacket for Scholastic took Gold, while Scholastic’s “Harry Potter and the Cursed Child” jacket took Silver. Similarly, Sentinel Risk Advisors took Silver for “Best Use of Foil and Embossing – Folders” on a beautiful, heavily gold foiled presentation folder.

The team also pocketed an award for a Penguin Random House title: The Penguin Random House imprint Dutton designed a Gold Award winner for “Best Use of Specialty UV Coatings” with the book jacket for “Right Behind You”. This remarkable and well executed title looks like a cracked mirror. The “Best Use of Holographic Foil”, according to the judges, was applied to “Genius”. The jacket shows a human brain that shimmers with life when the book is moved. The eighth award, a Bronze for “Best Use of Ink Over Foil”, went to “Christmas Days”: the jacket shows holly, unicorns and snow crystals on a dark blue background.

The sophisticated, creative design of a book jacket can have a considerable influence on sales. A survey done by the Bertelsmann Printing Group USA in 2015 showed that printed specialty effects were used for 87 percent of bestseller books in order to drive sales.